The Top 10 Fun Facts about Lucerne

share
by Marie-Berdine Steyn
Avid Traveler 25
CH, Lucerne, Luzern
19 Jun 2017
0 3
The city of Lucerne derives its name from Lake Lucerne on which it is situated. Surrounded by snowclad mountains, the city makes an ideal tourist destination.

Today, the city is not only famous for some of the best tourist attractions, such as the Chapel bridge – the oldest covered wooden bridge in Europe – medieval houses and charming town squares, but also has some lesser known facets too.

We bring you 10 fun facts of this famous tourist destination:

Lucerne is an old city that gained full freedom after the Battle of Sempach, when it joined the Swiss Confederation in 1332. In 1798, the city was declared the capital of the Republic of  Helvetica (Confederatio Helvetico). Through 1845 to 1847, Lucerne remained one of the chief towns of Sonderbund.  Another interesting fact is the "CH" country code you will find on the number plate of cars.  Which makes no sense at first.  Furthermore are domain names on the Internet, and telephone country codes also indicated by CH.

9 – Lucerne: A Pleasant Place All Year Round

Lucerne experiences a pleasant climate with July being the warmest and December and February the coolest. Spring and autumn are, climate-wise, simply great, this is because of Föhn, the warm strong and often very dry downslope winds that keep the temperature in the region relatively high than elsewhere in the country.

Although Lucerne is a year-round destination, June to September is the peak season, since the weather is most pleasant. Avoid visiting in the months of July and August, since these are the busiest months and prices of everything skyrocket.

Lucerne has a population of over 81,100 people as per 2014 census. This makes it 0.987 percent of the total population of Switzerland. The city has 65 percent Germans, 18 percent French, 10 percent Italian and 1 percent Romansch. The balance 6 percent are from other ethnic groups.

Although the natives of Lucerne are basically agrarian, the Lucerne canton also houses many industries that manufacture products like machinery, metallurgic goods, electrical equipment, textiles, wood and paper products. It also has boatbuilding and automobile assembly plants.

There are four official languages in Switzerland – German, French, Italian and Romansch. These languages are predominant in different regions of the country. Lucerne is predominantly a German-speaking city with 63.7 percent of the population speaking the language. Of the rest, 20.4 percent speak French, 6.5 percent Italian, 1.5 percent Serbo-Croatian, 1.3 percent Albanian, 1.2 percent Portuguese, 1.1 percent Spanish, 1 percent English and 0.5 percent Romansch.

However, if you are visiting Lucerne, be warned that people here either speak German or Serb-Croat. You may have difficulty in communicating with the locals in other European languages. So, keep a German-English dictionary or translator handy to for your convenience in this city. Don’t go in for a Serb-Croat translator, as this language is comparatively difficult to master.

6 - A Tax Haven for Businesspeople

The city of Lucerne is a godsend for businesspeople searching for tax incentives in Switzerland. This is because some municipalities in canton of Lucerne offer attractive tax rates. Also, the corporate income tax in this city is the lowest in whole of the country. For the immigrants, their taxes are deducted directly from their salaries on a monthly basis.  Little wonder this city has become the hub for tax savers.

5 - A Mecca for Sports Buffs 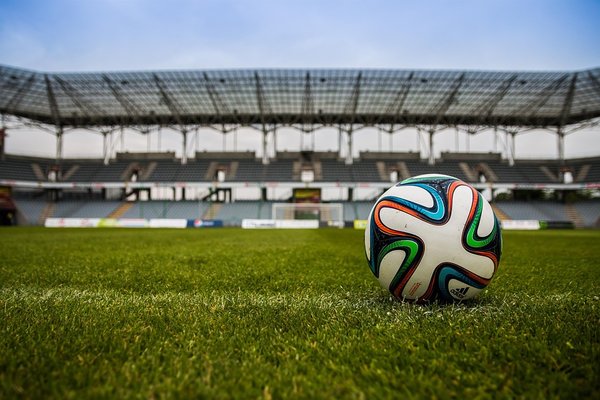 If you are into sports, Lucerne has a fully loaded sporting paraphernalia. The city boasts of facilities for soccer, golf, basketball, swimming, rugby, skateboarding, figure-skating, ice-hockey, mountain climbing and many more. In fact, the city has its own soccer home team, FC Luzern. You can watch it play at Swissporarena, the city’s new stadium.

Lucerne Railway Station was completely gutted in a devastating fire in 1971. The Chicago Tribune of February 6, 1971 reported the incident, thus, “Fire destroyed most of the Lucerne’s main railway station, toppling a historic dome that has been the gateway to the Alps for millions of tourists.”

Fortunately, no one was killed in the fire and the injuries suffered by about 400 firemen fighting the flames were limited only to smoke poisoning. The railway station was rebuilt between 1984 and 1991. The credit for its architecturally unique design goes to the Spanish architect Santiago Calatrava. Today, this railway station, the biggest in Switzerland, connects the city to all parts of Europe.

Held in Lucerne in July the Blue Balls Festival is a delightful melting pot of art, music, food and what not. This nine-day festival showcases more than 100 events. It is attended by some of the best musicians and bands that entertain with full range of musical genres from soul, blues, funk, jazz to pop and rock, not to mention the spellbinding concerts.

The event not only showcases music, but also the captivating street art, photography, video and films. It also holds entertaining talk shows. What adds flavor to the event is the open-air pavilion, the KKL Luzern and Hotel Schweizerhof that hosts late night shows.

2 - The Most Treasured Lucerne Festival

The city hosts the celebrated Lucerne Festival three times a year at the picturesque Lake Lucerne. Founded in 2003 by the late Claudio Abbado, who died in 2014 at 80, the festival attracts famous orchestras, renowned conductors and established soloists from all over. The event offers a most exquisite experience of savoring more than 100 events, of which 30 are symphony concerts. You also get to hear the international stars.

Attending this music extravaganza in the concert hall designed by Jean Nouvel is an amazing experience in itself due to its superb architecture and unmatched acoustics. Little wonder people congregate at the lakeside in hundreds of thousands for this festival every year.

The emotional outpourings of Edouard Castres are most vividly captured in a 112 meters by 10 meters giant circular panoramic painting, famously called the Bourbaki panaroma.

The travails of soldiers caught in the German-French war of 1870-1871, under the French General Bourbaki, and the heart-rending miseries endured by civilians is so poignantly brought to life by the paintbrush strokes of the painter that one can feel the anguish simply viewing it. Edouard, who participated in the war as a Red Cross volunteer, has made the canvas come alive with the most realistic portrayal of this war.

Almost all my walks in Lucerne start from the Parkhaus Altstadt. It is a multi-level parking garage with an open level at the top, conveniently located very close to the old city center. But the biggest advantage of that place is fantastic views.
Starting from the parking garage you immediately get onto the Reuss river embankement and get exposed to medieval city charm. Five hundred years old towers of the city wall, world-famous roofed timber bridges of the same and even bigger age. Ancient times are in the air.
3
Like this article Liked. Thank you!