The Secrets, Myths & Legends of Bologna

share
by Marie-Berdine Steyn
Avid Traveler 25
02 Oct 2019
0 5
There were so many legends, myths and beautiful folklore we found in Bologna, we didn't quite know how to begin this blog. Therefore we decided to include all the legends we could find.
We hope you enjoy learning more about Bologna's secrets, myths and legends. We certainly did.

11 - The Vault at the Palazzo de Podesta

The vault under the Palazzo de Podesta, (also called the Podesta Palace), one of the most popular city sights, is located on the main square of Bologna, Piazza Maggiore, which is a truly amazing place from an architectural point of view. Although its width is more than 5 meters, you can hear someone whispering clearly from the other side of the vault. The legends goes that this peculiar feature helped people with leprosy, making confessions to a priest without infecting him, back in medieval times.

10 - The Legend of the Asinelli & Garisenda Towers of Bologna

Although the Tower of Pisa takes all the awards, the Asinelli and Garisenda Towers of Bologna are actually the tallest leaning towers in the world, with one of the towers taller than the other
The First Legend of the Leaning Towers:
In the beginning of the 11th century there was a poor, young man living in Bologna. He had a few donkeys, and made a living by bringing stones and sand from the river to construction works in the city. His name was, Asinelli, which is derived from the Italian word, “asino,” meaning, “a donkey.”
One day while carrying stones up to the city, he saw a beautiful girl, a governor's daughter, in one of the palace's windows as he passed by, and fell in love so deeply that he dared to ask her father for her heart. Her father, no doubts a man with a peculiar sense of humor, laughed and answered: “When you build the tallest tower in the city, I'll agree to your wedding.”
Asinelli was desperate, but then, one fortunate day, while working on the river, he found something shiny at the bottom. It turned out to be some gold coins. No time wasted, he hired builders and got to work, and after nine years, when the tallest tower of Bologna was raised, he got to marry his sweetheart.
Another Legend:
Another legends says the towers were built by two rival families who tried to outdo each other so desperately, they didn't pay attention to quality or engineering calculations. That is why both towers are leaning: Asinelli Tower by more than 1 meter, and Garisenda Tower by three meters; the latter even had to be shortened a few times so that it wouldn't collapse.
Another rumor about the towers says, if one climbs up one of the towers, one may find a broken vase.

If you stroll down Via dell' Indipendenza, and look at the ceiling of vaults, you will see a Latin phrase saying, ”, which means “” The saying is pretty much beloved by the local students, of which there are more than 70,000.

A lot of people don't know that Bologna, just like Venice, stands on water. It has plenty of underground canals that let the ships enter the city and get around since the 12th century. That is why if you look at the canal from a small, secret window called, “Little Venice” at Via Piella, you can easily confuse it with the classic Venetian view.

There are three arrows stuck in the ceiling of an arch of the main Bologna's street, Strada Maggiore. According to the legend, three bandits planning to shoot at a rich signor, got so distracted by a beautiful naked lady in the window of a neighboring house, they shoot the arrows up into the ceiling of the arc instead.

6 - The Myth of the Oldest University in the World

Did you know Bologna is home to the first, and thus the oldest university in the world?
The University of Bologna was founded in the 11th century, and is still functioning. One old student-to-student myth tells that when visiting, one can still notice wonderful words written in Latin on a few desks, especially in the old classrooms, “,” which can be translated as “” Although no one has found any physical proofs recently, let the myth be a myth.

5 - The Mystery of the Creation of Tortellini 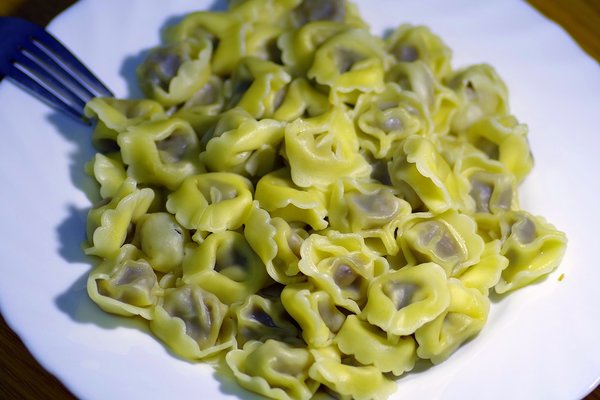 While you have probably heard about the classic meals of Bologna, tortellini, lasagna, tagliatelle, and of course, the , you couldn't imagine the fantastic myths of how they were created. The invention of tortellini, small dumplings, refers to a legend of an owner of “Crown,” the cafe, who spied on a lady through a keyhole, and so admired the beauty of her navel, he decided to immortalize it by using his culinary skills. (Now you know where the peculiar shape of tortellini comes from.)
Another Legend:
The creation of the first tortellini is described in one of the works of a medieval Italian poet and writer, Alessandro Tassoni. In this version of the legend, the Roman gods Mars, Venus and Dionysus came to “Crown.” Venus fell asleep, and when she woke up, she couldn’t find Mars nor Dionysus. When she called the owner of the cafe, he was so astonished by the goddess's body, and kept on thinking about her even after returning to the kitchen. Then he took a piece of dough, stuffed it, and formed it so that it resembled Venus's navel.

4 – Another Pasta Legend - The Inspiration behind Tagliatell 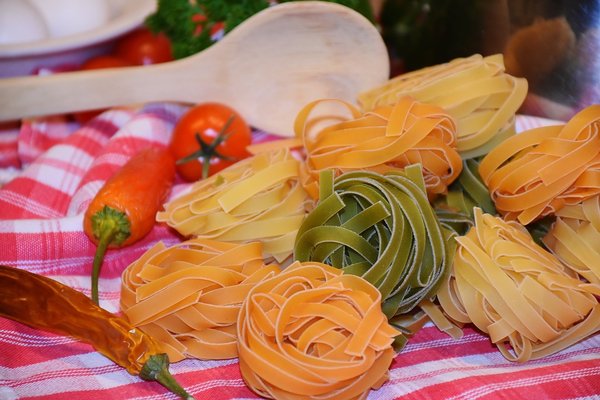 According to a story, another lady inspired the appearance of tagliatelle pasta when legendary, Lucrezia di Borgia, passed through Bologna. The legend goes, a private cook to the Bologna's leader, Giovanni II Bentivoglio,  was so hypnotized by her beautiful blond curls, he couldn't help it but capture them in culinary art.

Bologna only appears to be cool and discreet: but as it turns out, the locals can actually be quite flighty! You won't find it in a history book, but the reason of the war between Bologna and Modena was, according to a legend, over... a bucket. Once in the 14th century, a cavalry officer ran off from Bologna to Modena, and kept a bucket from which he gave water to his horse. Bologna authorities claimed they did not need a deserter, and demanded the bucket back. Modena authorities refused to give back what was now theirs, which started a war that lasted 22 years, and killed thousands of people.

Bologna is famous for its magnificent fountains, all beloved by tourists, travelers, the locals, and the authorities, who always, even hundreds of years ago, took care of Bologna's appearance with surprising devotion. There are some legends of a former law that punished everyone who made the fountain dirty, even by just washing hands, with 50 strokes of a whip. Although now, thankfully, the harsh law is not valid anymore, the fountains are kept in great condition.

1 — The Legend of Bologna's Origins
The most famous legend of the Foundation of Bologna, tells us a story of an Etruscan king Fero, who came with his people to the lush and fruitful region between the rivers, Aposa and Ravone, which is now the very place of the city of Bologna.

He then started building a small village in the unknown land due to its strategically profitable geographic position. As the settlement gradually grew along the river, Fero ordered the building of a bridge across the stream. (Although nowadays the Fero's bridge doesn't remain, we know that it was built somewhere around contemporary Via Farini, near Piazza Mingetti and Piazza Calderini).
Fero's wife, Aposa, drowned in the river that was named after her. The settlement widened, and Fero decided to build a wall around it himself, regardless of his old age. On one hot summer afternoon, Fero's daughter, Felsina, came to the construction and told her father a story of a seeing of God. She agreed to give him a jug of desired water only if he acts according to the augury she saw, which was naming the city after her. The king fulfilled the condition, and after that the newborn city was called Felsina. The city kept its name for a few centuries until the Roman period, when it was renamed to Bologna.