share
by Denis Bulichenko
Astral Traveler 261
CH, Lucerne, Luzern
12 Jun 2018
0 3
Lake Lucerne area is the very essence of Swissness. Here long ago in 1291 was signed the pact which led to the formation of Confederatio Helvetica (hence the CH code). Victorinox army knife is also from this area. No visit to Switzerland is complete without touring the Switzerland's heartland. 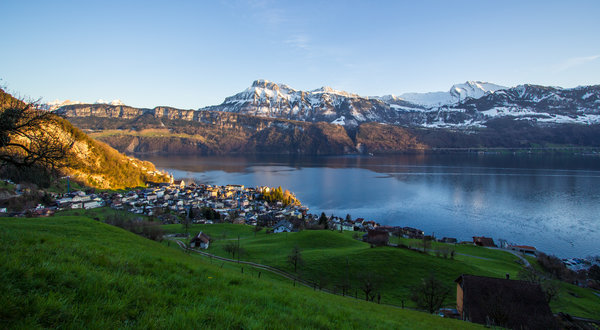 First of all, you should start treating the lake as German-speaking population does - Vierwaldstattersee! Repeat. That means literally, the lake of the four forest cantons. When you master the pronunciation then you would feel how much the lake twists and turns (as much as your tongue).
This hiking guide to Lake Lucerne will lead you through the most epic locations, most dramatic views, and hidden gems of the region. Don't worry, there still be dozens of other hidden gems to explore if you have more time.
Here you might follow the steps and see the legacy of numerous noble persons: 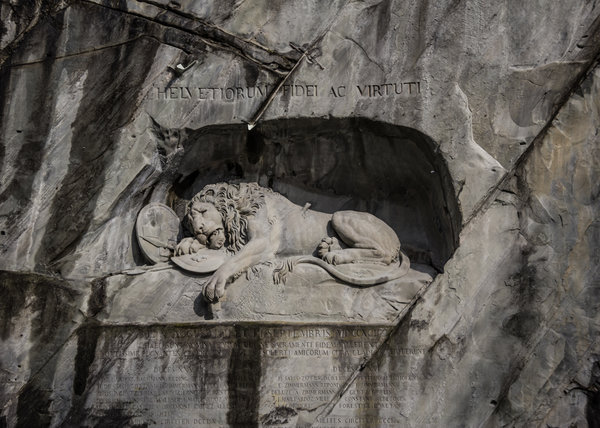 For hundreds of years, Lucerne sent its sons to foreign lands to fight wars as soldiers for hire to the crowned heads of Europe. Whether in France, Italy or faraway Constantinople, Swiss mercenaries were in high demand. At the end of the 18th century the story turned. Lucerne began to welcome visitors. Tourism as an industry was invented, and Lucerne was at the spearhead of innovation. With its pre-Alpine backdrop and proximity to the Alps, here was a landscape ripe for exploration. And the city surroundings were an ideal 'base camp'. 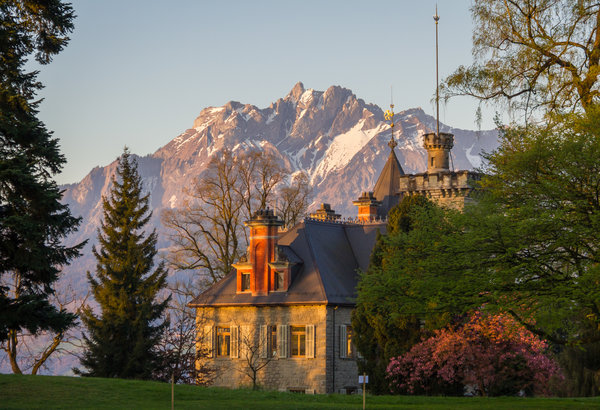 Dreilindenpark (Konsipark) and its castle-like conservatorium are especially magical at sunrise. 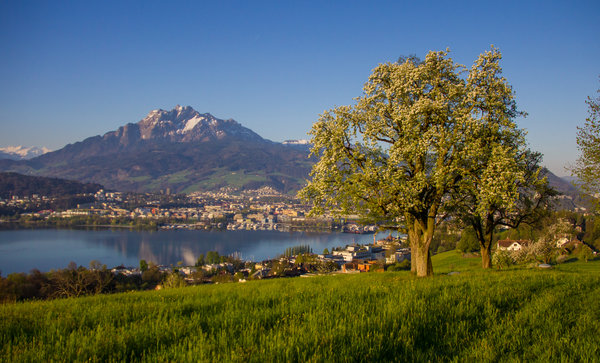 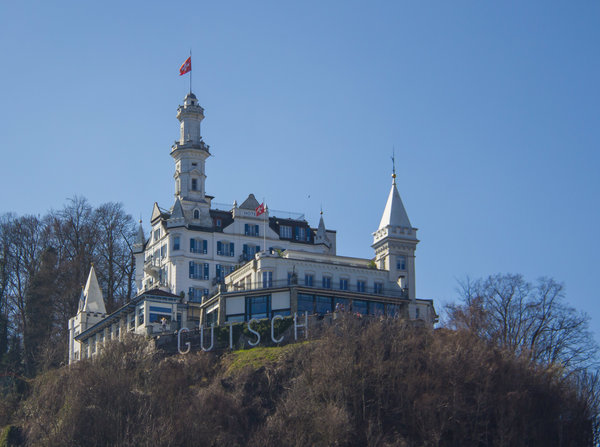 Another worthy destination is a terrace cafe at Hotel Chateau Gutsch. And finally, my secret spot is the top floor of Parkhaus Altstadt. It is a conveniently located parking garage with a nice view of the old town, the River Reuss, and majestic peaks in the background. 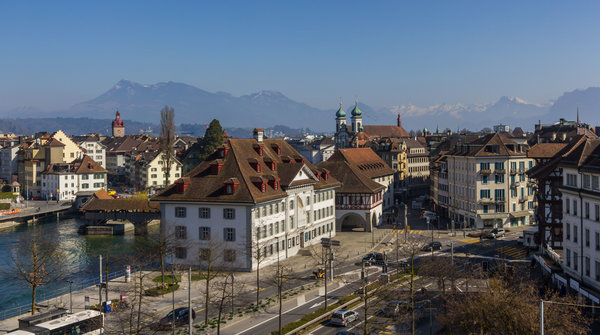 Probably the most important highlight is plenty of panoramic trails which would amaze any hiker. By the way, there's one app every outdoor enthusiast should have on the phone which is called PeakVisor. The app augments the camera view of your phone with information on all peaks surrounding you. So, you will never again have to guess what that mountain is. 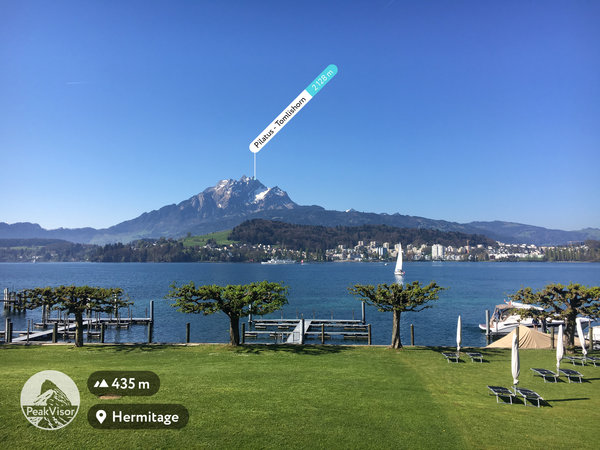 The nearest and the most “Lucerne” mountain is Pilatus. Overlooking Lucerne from the southwest Mount Pilatus got the fame first in the 19th-century when Wagner waxed lyrical about its Alpine vistas. Legend says that this 2128m massif was named after Pontius Pilate whose corpse was thrown into a lake on its summit and whose restless ghost has haunted its heights ever since. Another legend says that the name came from the dragon Pilu who used to live in the mountain's cave (as a proof, there's even a thrilling dragon path at the top of the mountain).
Poltergeist aside, it's more likely that the moniker derives from the Latin word pileatus, meaning cloud covered - as the mountain frequently is.
Read our in-depth guide to Mount Pilatus. 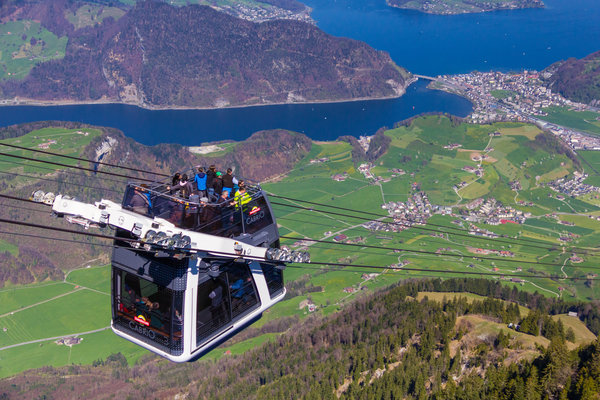 Another highlight is the Cabrio cable car at Stanserhorn. Pilatus Aircrafts are visible from the summit (some scenes from Goldfinger were filmed there). You might combine it with a cultural visit to the village of Stans. 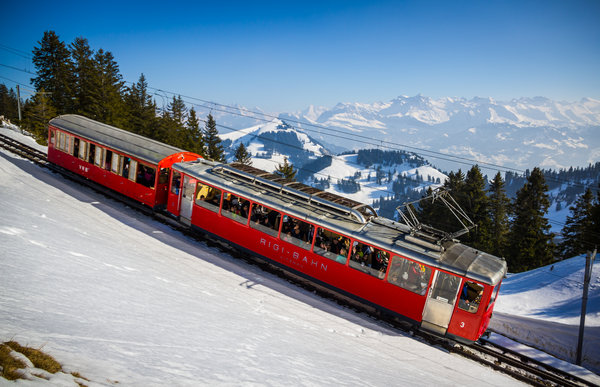 Mount Rigi is known as the Queen of the mountains. It offers an authentic Swiss mountain experience with unforgettable views of over 13 lakes and the spectacular snow-capped Swiss Alps. A popular panoramic trail goes from Kaltbad to the very summit of Mount Rigi

Felsenweg means rock path. This is a clifftop walk with spectacular views of northern part of lake Lucerne. A highlight of the trail is the Hammetschwand - the highest outdoor elevator. There’s a panoramic platform at the top floor and a cafe. 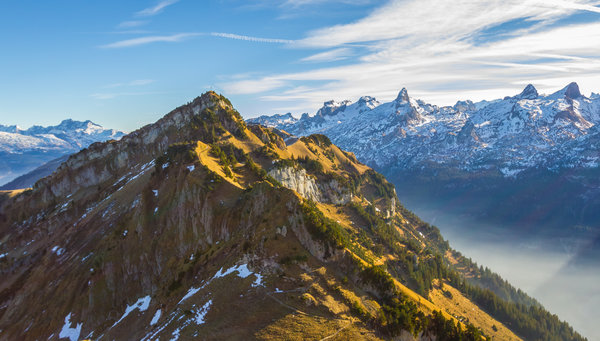 Fronalpstock overlooks Lake Lucerne where it becomes a fjord-resembling part called Lake Uri. There is a circular panoramic hiking trail starting at Stoos, going all the way up to Fronalpstock, and further to Klingenstock, before descending back to the village of Stoos. 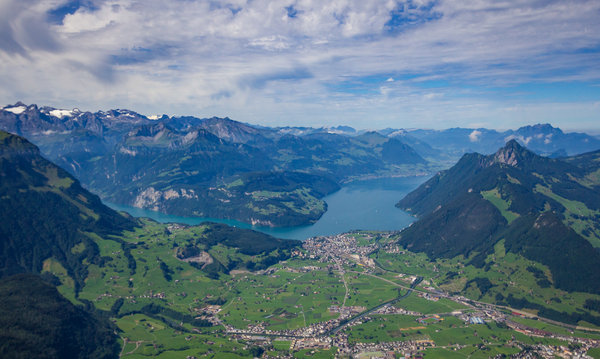 Once upon a time there lived in B�rglen in the canton of Uri, well, might have lived according to the recent research, a strong and courageous peasant called William Tell, or Wilhelm Tell in German. Back in the 13th or early 14th century, the man had the guts to defy Austrian authority.
This is what happened. Albrecht Gessler, a cruel governor appointed by the German Emperor, hanged his hat of the main square of Altdorf and ordered everybody passing it to bow to the hat. A young peasant Tell, known for his outstanding marksman skills and independent spirit, did not follow the orders. Thus, the governor made him shoot an apple off Tell’s son head (oh, those apples, the most mischievous fruit in history: Adam, Eve, Newton and now Tell). The legend has it, if Tell had missed the apple, he would have shot the governor with the second arrow he had. But the son came unscathed. Yet, Tell was arrested for threatening the governor’s life. He saved the same governor’s life en route to prison, then escaped, and ultimately killed the governor in an ambush (the assumed official date is 1307).
There are two literary staples telling his story. One is the Chronicon Helveticum (1734–36) by Gilg Tschudi, accurate, dry, classical. The other by Friedrich von Schiller is much more renowned. It was his 1804 interpretation that stirred deep feelings towards Wilhelm Tell worldwide. 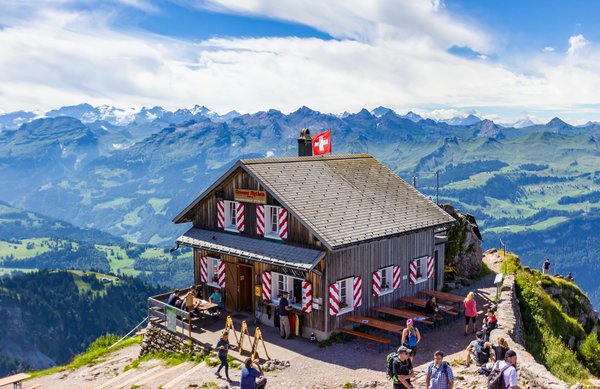 Apart from the mentioned Gutsch castle converted into a luxury hotel there are many other castles around Lucerne. Here are some of them if you decide to do a castle tour. 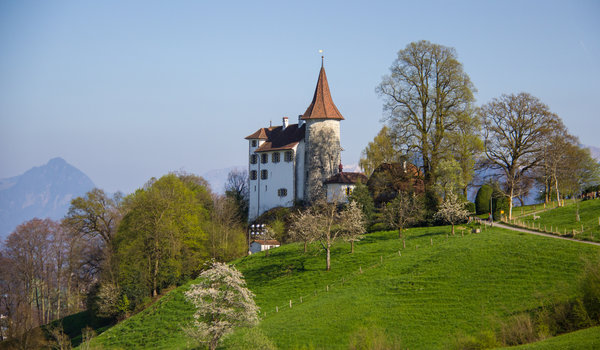 Lucerne on a Budget

I would say 'no way'. Cheap and Central Switzerland sound like antonyms. But there's nothing impossible. Here are the top tips and tricks! 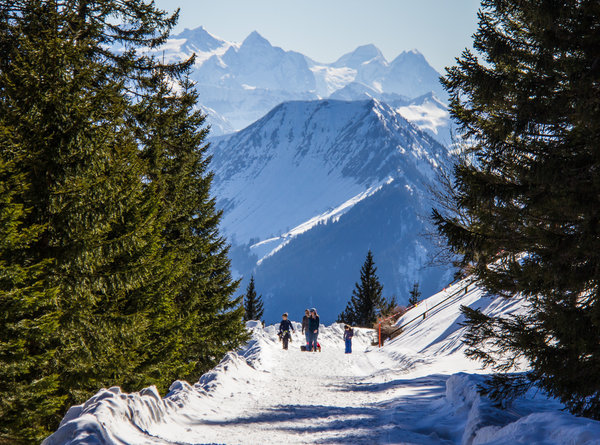 Swiss cities, mountain resorts, and recreational areas are child-friendly. There are many sophisticated playgrounds and entertaining activities for the whole family, not only for hardcore mountaineers. But there are two exceptional spots which I especially liked: 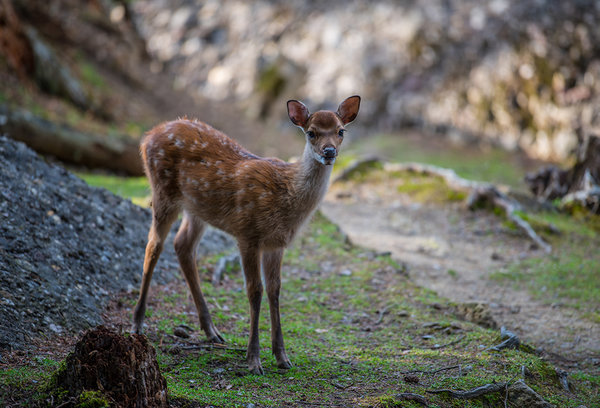 A deer at Tierpark Goldau

Interlaken is half an hour drive and ready to amaze travelers with famous Alpine Trinity: Moench, Eiger, Jungfrau. Schynigge Platte is a high-altitude alpine plateau and a natural panoramic deck with amazing views all around. James Bond's Schilthorn is also there.
Ticino is less than 2 hours car drive through the famous transport tech wonder Gotthard pass. Hiking in Ticino is less popular and often overlooked yet it is a worthy outdoor area with a diverse range of activities available and not less spectacular views. 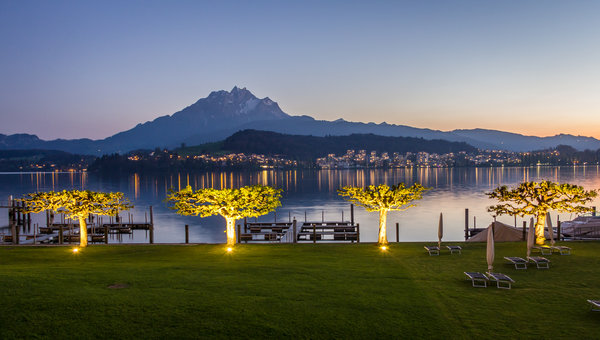